Turkey, a signatory and party to the Chemical Weapons Convention (CWC), is therefore in violation of its commitments to this treaty. For years, the Turkish Armed Forces have been using these weapons, prohibited by international law, in their relentless attempts to break the resistance of the Kurdish people’s liberation movement. 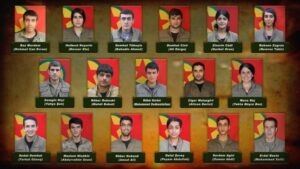 According to the latest figures from the People’s Defence Forces (HPG, the armed wing of the PKK), Turkey has used banned chemical agents 2,470 times in the last 6 months, compared to 367 times throughout 2021. Since last April, at least 100 guerrillas have been killed in these chemical weapons attacks.

In a speech to the HPG guerrillas on June 16, People’s Defence Centre (HSM) Headquarters Commander Murat Karayilan warned that Turkey would further intensify its use of chemical weapons. Two weeks earlier, in an interview with the Firat News Agency (ANF), the Kurdish leader had said: “At the moment, Turkish forces are focussing on chemical weapons. Our comrades on the ground have so far found seven varieties of chemical agents: black, yellow, silver, green and odorless, brown, red, and white. We can only describe these agents by their color and smell. They [the Turkish army] have tens of thousands of soldiers, an air force, and ground troops, but no will. They are trying to achieve their ends by using chemical weapons.” 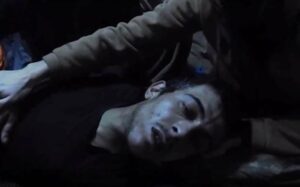 International delegations attempt to reach the area
Last June, British journalist Steve Sweeney published a report compiled from information obtained during numerous meetings and trips to the Kurdistan Region of Iraq (KRI) over a two-year period, including areas held by PKK guerrillas.

Testimony from doctors, Peshmerga, NGOs, Kurdish officials, and villagers clearly indicated the use of chemical agents. Moreover, health officials claim to have been threatened by local authorities and forced to alter medical reports on patients exposed to such chemicals. Sweeney’s report also states that regional authorities have prevented soil, clothing, and hair samples from being analyzed in the devastated areas.

IPPNW asked for immediate investigations
From 20-27 September, a delegation from the International Physicians for the Prevention of Nuclear War (IPPNW)   visited the KRI to investigate the use of chemical weapons.

However, its mission was obstructed by the KDP (Kurdistan Democratic Party), who are conspiring with the Turkish regime due to geostrategic ambitions. In the report published on 12 October 2022, the IPPNW – which was awarded with the Nobel Peace Prize in 1985 – said there was evidence to support some of the allegations of chemical weapons use. Referring to the use of “tear gas as well as improvised chemical agents such as chlorine,” the report’s authors called for “an immediate and independent international investigation to further investigate and prevent future violations of Turkey’s chemical weapons ban.” 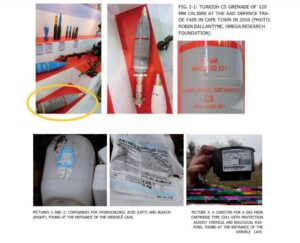 The confession of the Turkish Defense Minister Hulusi Akar
Dr. Jan van Aken, member of the scientific board of IPPNW Germany, explained: “The statements of the Turkish Defense Minister are in themselves evidence of the violation of the Chemical Weapons Convention. In his speech to the Turkish Parliament, he describes the use of tear gas in a purely military conflict. In such a situation, tear gas is indeed prohibited. The Chemical Weapons Convention (CWC) only provides an exception for the use of tear gas in the context of law enforcement, i.e., during demonstrations.”

President of the Turkish Medical Association: “The impression of concealing a crime”
Prof. Dr. Şebnem Korur-Fincancı, president of the Turkish Medical Association (TTB) and an internationally renowned forensic physician, told Medya News after watching footage of the recent attacks that it appeared toxic chemical gas affecting the nervous system were used. After her statement Prof. Fincancı has become a target, particularly by Erdogan’s regime and the government-controlled media. 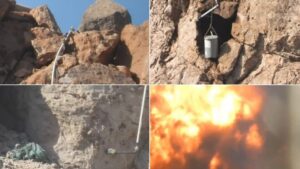 International institutional duty and their silence
Turkey’s ongoing war crimes clearly demonstrate that Turkey has been emboldened by the silence of international institutions and thinks that it has been given a green light to commit such illegal massacres with impunity. The unfortunate result of this silence means to be an accomplice of Turkey ́s war crimes. Instead of capitulating to Turkish weaponization of its NATO membership, the international community must take the allegations of the use of chemical weapons seriously by having experts look into the matter and put pressure on Turkey to stop committing war crimes in Southern Kurdistan / Northern-Iraq or anywhere else.

The International Organization for the Prohibition of Chemical Weapons (OPCW) must not remain silent and should announce an immediate investigative delegation. The Geneva Conventions and Minnesota Protocol also necessitate this urgent action.

Beyond such chemical war crimes, Turkey is conducting a systematic assault on the Kurdish people, by setting fires to forests, assassinating Kurdish politicians with armed drones, and jailing thousands of Kurds who demand their inalienable human rights. The EU, US, OPCW, WHO, ICR and the UN cannot continue their hypocrisy towards Turkey’s crimes because of their geopolitical value to the West, as international laws are universal regardless of the perpetrator. The agonizing moans of the latest Kurdish victims as they convulsed and took their last breaths are calling out to the entire world!

We therefore call on all international institutions, governments, and the general public to: Download in PDF
• Condemn Turkey for its crimes and use of chemical weapons
• Demand the OPCW and WHO appoint an investigation
• Implement sanctions against Turkey if found guilty of such chemical war crimes